Child custody matters are one of the major issues that arise in divorce proceedings. Things can often get messy, especially where the courts have to decide which of the parents will take lawful custody of the child.

Due to the complexity of these situations, it makes sense to have a basic understanding of the child custody laws before such proceedings arise. Child custody laws are mostly within the purview of the state, although courts make reference to some federal laws and the constitution.

Michigan laws on child custody differ slightly from custodial laws in other US states. For instance, under Michigan laws, the court would consider the wishes of the child in deciding matters of custody. However, not all custodial arrangements go before the court.

In fact, both parents are ordinarily expected to agree on custodial issues. A competent family law attorney may also facilitate an agreement between both parents on a workable custody arrangement.

But if both parents cannot agree on an arrangement, they may have to resort to the court. In that case, both parents would present their proposed arrangements before the court and the court ultimately determines the suitable one. The court in this case would determine it based on the best interest of the child.

Navigating child custody questions can be tough, and for these questions, it always helps to have a skilled Detroit family law attorney on your side. If you need an attorney who can help you preserve your relationship with your child, call Allison Folmar today.

What does Child Custody mean in Divorce Proceedings?

In many divorce proceedings, there are disputes as to who takes custody and bears responsibility for the child. The post custody stage also comes with complications like visitation and child support.

In most cases, the court hears both parents before granting a custodial order. But the court may be open to granting the order without hearing, in emergency divorce cases. In such cases, the party files for an ex parte order supported with proof of imminent danger or harm.

Types of Custody in Michigan

It could also be sole or joint custody. As the name implies, sole custody is usually vested in a single parent while joint custody is vested on both parents. In joint legal custody, both parents have a legal right to make important decisions bearing on the child. However, they must consult with each other before such decisions are made. The law forbids autonomous non-routine decision making in this regard.

One peculiarity of the Michigan law on child custody is that joint custody is recognized. However, this should not be mistaken for equal custody. Joint custody means that both parents share the custody of the child through suitable arrangements made in the best interest of the child. This only applies to six US states, including Michigan.

Courts are guided by the Michigan Child Custody Act in determining who gets custody of the child in divorce proceedings.  Recourse is usually made to the best interest of the child as guided by some factors including;

How you can lose custody of your child

Although Child Custody is a parental right, that right can be lost. The most popular way is when Michigan Child Protective Services investigates and finds evidence of child abuse or neglect.

The process is always set in motion by a complaint usually filed by an anonymous reporter. If, after the CPS investigation, the allegation is found to be true, the case may be referred to the prosecutor’s office. The prosecutor will thereafter file a charge against the parent. The charge may be for one or more of Child neglect, child abuse, child endangerment, or other criminal charges.

If the prosecutor succeeds in any of these charges, they may take your child from you. Apart from this, the conviction will most likely be detrimental to your child custody case. In fact, evidence of those offenses can ruin your chances of obtaining child custody in a divorce proceeding.

If you are facing any of these charges, Attorney Allison Folmar can rectify the problem. Allegations of child abuse or neglect may not always be accurate, and in some cases, may be entirely fabricated in order to gain an edge in divorce or custody proceeding. Attorney Alison can help you investigate these allegations and provide quality representation in these cases.

How Alison Folmar can help you

Going through a divorce may be traumatic. Adding custodial issues may compound the difficulty. For some persons, it goes smoothly. Either way, it is best done with an attorney in your corner. Attorney Folmar has considerable experience in family law and can help you surmount these difficulties. She can explain the complicated concepts to you and form a positive case theory to suit your needs.

Chances are that your ex has gotten a child custody attorney. You will need an attorney to ensure you are well represented and your rights are protected. Aside from this, Allison can set up child custody mediation or litigation. The ultimate choice depends on the nature of your case and your preferences.

Some cases also require investigations, especially in matters of false allegations of neglect and abuse. Neglect and Abuse allegations ruin your custodial case,  chances of securing custody of your child, and quite frankly, ruin your life. However, the law frowns at false allegations and a person who is found making false allegations may be guilty of parental alienation. If you have been wrongly accused, Allison can provide the fierce representation that is required to disprove unfounded allegations.

Losing custody of your child a parent’s worse nightmare. You need strong representation to turn the situation right-side up again. With years of experience and a sound understanding of legal principles, Attorney Folmar can pursue your case to a positive conclusion. Call today to schedule a free phone consultation. 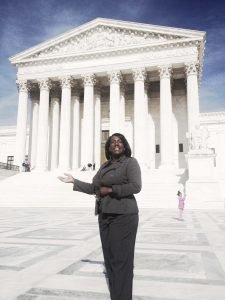